Chicago at the Turn Of The Century is a place like no other.  Raising from the ashes of the Great Fire of 1871, the city leads the country in iron, steel, garment, and agricultural manufacturing. It’s meat packing industry and railroad lines are like no other. In the midst of this lies great corruption. From  crooked politicians to organized crime built on extortion and prostitution, Chicago is far from an honest city. Crime lord, Diamond Jim Colosimo runs the city with an iron fist.

Chicago’s growth is charted throughout Visitations. Starting in the Victorian Era, the city transforms into the current modern metropolis. The changes are helped along with the addition of colorful places, like jazz joints and skyscrapers, and historical figures like Al Capone and Barack Obama. 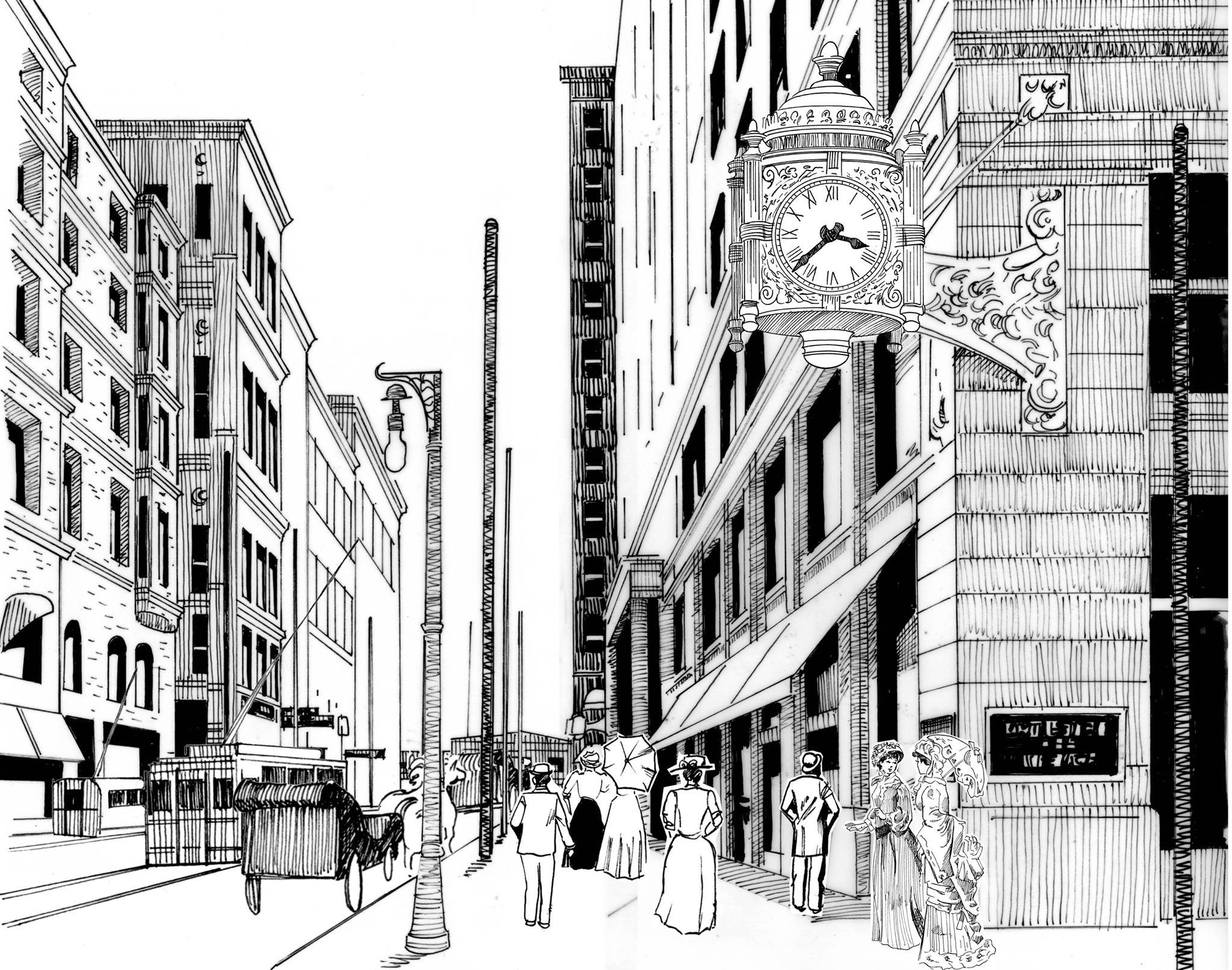 Order a free PDF of Visitations 1 by emailing us here: visitationscomicbook@gmail.com